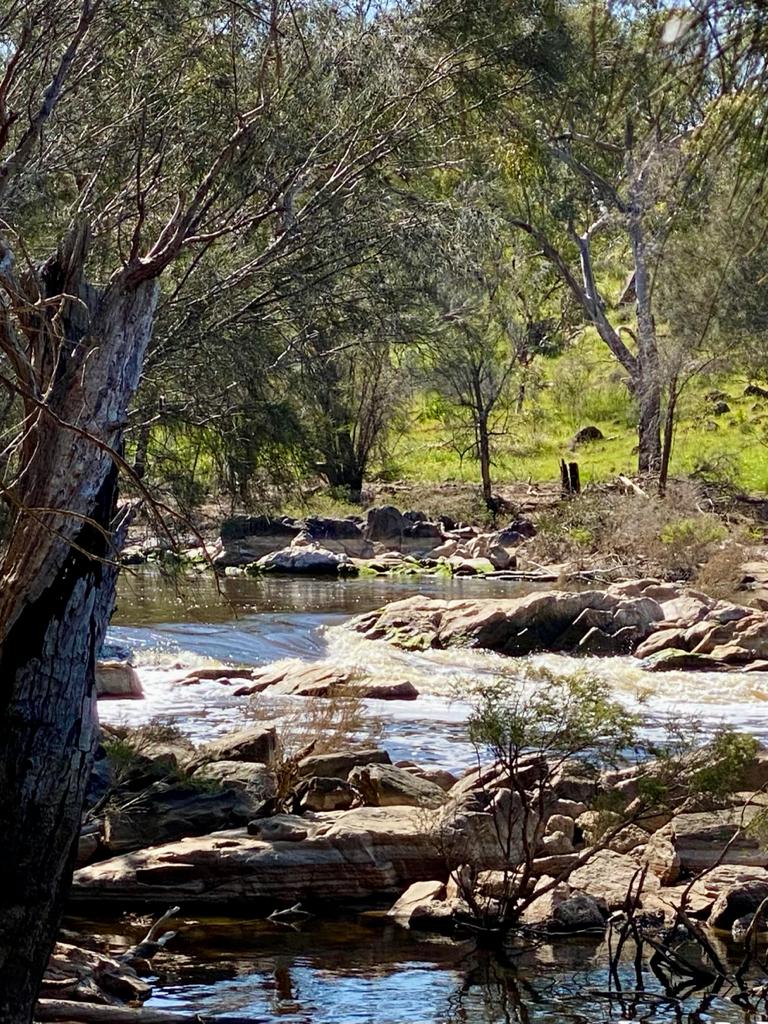 It looks like we’re seeing the last of the white water for a while, as the Walyunga gauge, wherever it’s gone to, would be showing about 0.5 metre today. Hopefully the disappearing wooden Walyunga gauge will be skulking underwater and can be recovered once the water drops. Meantime, we have been lucky in being able to paddle white water while the sun shines, instead of enjoying the usual grey skies and rain.

Colin, Elena, and I had a pleasant play at Walyunga on Monday 26 th September when the water level was about 0.65 metres and lived to embellish the tale. However, what was more impressive, was paddling at Walyunga on Saturday 1 st October with Kelly, Vicki, Ash, and Colin at a water level of about 0.57 metres. We spent over two hours paddling from the top pool at Walyunga to the bottom pool below the slide, playing at nearly every eddy. There were a few wobbles and serious faces and that was just me! Despite being relatively new to white water, Kelly, Vicki, and Ash were terrific in not having a capsize, but also having fun in the sun. Ash looked totally in control, burying the nose of the Katana in the stopper at Viper’s Tongue, and Vicki practised her ferry gliding in the Corsica until she mastered it, while Kelly slid the Mamba into the eddy at the top of the slalom poles with style and without capsizing! Just as impressive, was everyone breaking out of the eddy and into the fast flow and large waves and smiling while they did their low brace turn.

As if white water and sunshine weren’t enough, Kelly produced her usual bread rolls, pulled lamb and hot gravy in a flask for lunch! Ash whipped up some fancy chocolates, Vicki some watermelon and nougat, and Colin brought some cake, while slack-Geoff was almost empty-handed, apart from a flask of hot coffee and lots of talking. I jokingly labelled Kelly, Vicki, and Ash as ‘The Dream Team’ but we do have other new paddlers like Fran, Margie, Nick, and Ross who are equally competent and just as keen to enjoy the white water. Many of these paddlers have put their hand up for the Blackwood River Trip, in November where we paddle nineteen kilometres from Sue’s Bridge on the Saturday and about twelve kilometres on the Sunday from Hut pool, playing in whatever rapids we can find.

Hopefully by the time Elena, Colin S and Colin P and I are using a Zimmer frame to get in out of our kayaks, we’ll have a new cohort of younger white-water paddlers, guides and maybe even instructors. Clearly the writing is on the wall, because as I finished teaching a thirteen-year-old boy to kayak yesterday, he commented as we finished,” Gee, there’s a lot of old people in the club, isn’t there?”