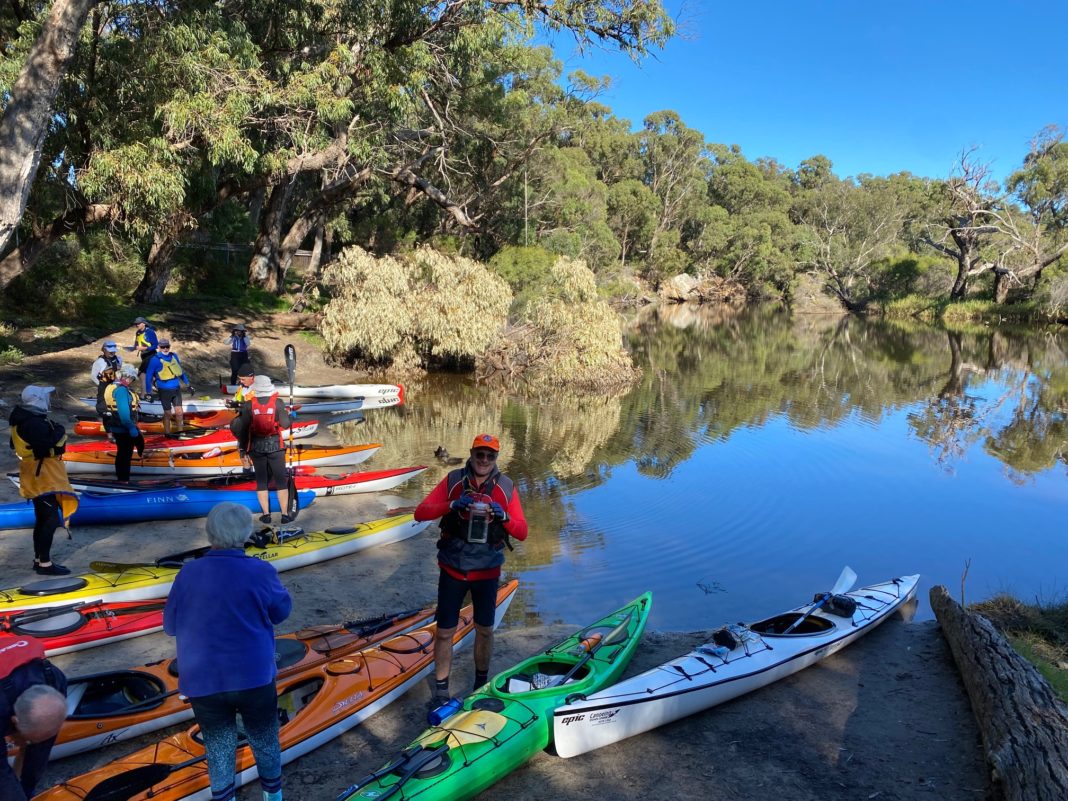 Firstly however, I extend my apologies to those who signed up for the advertised trip on Sunday 10th and were then unable to come when it was postponed to Tuesday 14th.  A call needed to be made based on the forecast a few days before, and yes, work is the curse of the paddling class!

A preliminary coffee and loo stop at Woodridge enabled a brief catch up with Chessen, a former Swannie and now local Guilderton resident, who had relayed the potentially catastrophic news that the Guilderton coffee shop was not open on a Tuesday. However, her good news was the sand bar at the mouth of the river was intact, and the river water level was therefore high enough to enable smooth paddling along our planned route without any dragging boats through shallows.

After placating Patrick who had been waiting patiently at our start point on the southern side of the river (Caraban locality) since around 4 am, we unloaded the boats and prepared for the safety briefing, but not before Geoff had a crack at seeing how high his boat could bounce whilst being unloaded solo from his vehicle.

With a trail of dripping blood from a damaged thumb (actually a pathetic wound Geoff, self-inflicted I reckon to gain sympathy!) we ventured onto the water keeping a watchful eye out for crocodiles, sharks, and any other creatures who might be attracted to the possibility of a free meal.

Forming two paddle groups with myself as ‘full forward’, assistant guide Jocelyn as ‘full back’, and the master instructor Geoff as an unattached ‘rover’, we headed upstream for about 2.5 km with the river meandering across relatively flat farming terrain and the river fringed with flooded gums, melaleucas and tuarts (some with Osprey nests). Despite recent rain, the water was pretty tranquil, and we paddled until it started to narrow into a potentially challenging maze.

Returning downstream, we picked up Linda who had remained at the starting point to enjoy the peace and quiet for a while. We then headed into the broader sections of the river heading towards the coast. After passing Diamond Island land adjacent to the river became noticeably higher and steeper, and away from the tree-lined river margins there were undulating sand dunes over buried limestone, and the vegetation became more scrubby. The bird life changed as well with a flock of screeching corellas making if difficult to have a conversation.  By this stage our two paddle groups had merged, and the faster paddlers restrained themselves from having too much fun.

Five km downstream from the vehicles, we stopped for lunch at the base of the large Guilderton sand-sheet where it spills down into the river. Climbing to the top of this dune provided impressive views back up the river, towards Guilderton, and out to sea.  It also showed us how unused to steep climbing our wobbly legs were. The shear fun of sand boarding down from the top and skimming out onto the water was demonstrated by some local kids. Note to self – bring a board on top of kayak next time!

Paddling for another kilometre we were at Guilderton, a very scenic collection of holiday shacks/ houses on elevated terrain around a caravan park adjacent to a protected beach by the river, just inland from the sandbar and the ocean.  Having worn out their legs on the dune climb, most of the group opted for an immediate 6 km paddle back to the vehicles, while four of us remained to briefly enjoy the views along the coast from the headland lookout.

After returning to the vehicles we had all completed the 17 km trip without drama (no capsizes, no rolling, no rescues) and just a sense of how lucky we had been with a magic day weather-wise.

Thanks to all participants, particularly Jocelyn and Geoff on the day, and also Mike for doing the recce trip with me a few weeks earlier. 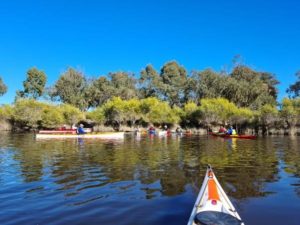 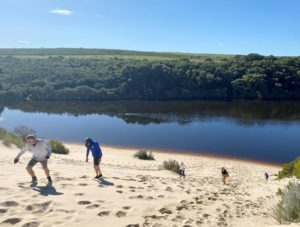 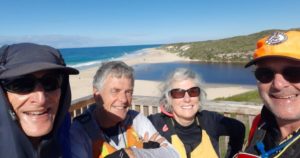 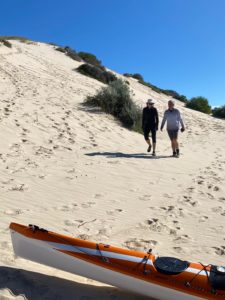 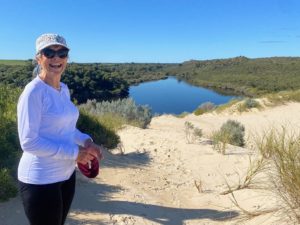 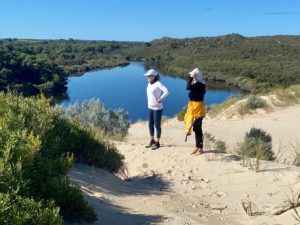 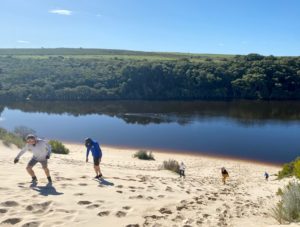 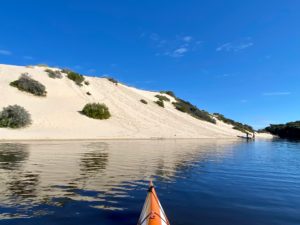 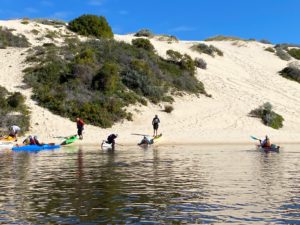 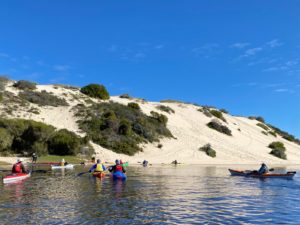 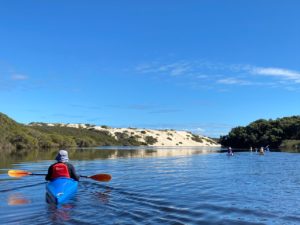 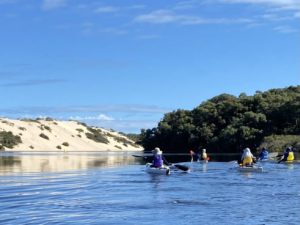 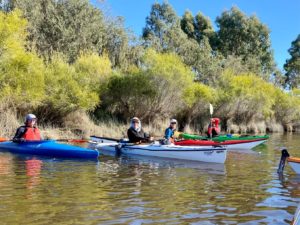 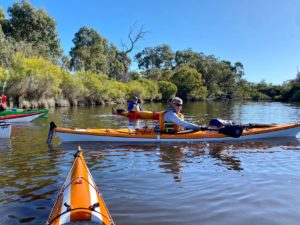 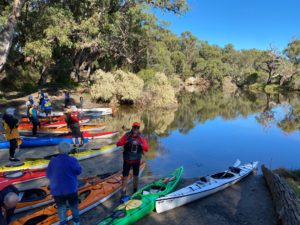